The “other side” Of Teaching

This month I’ve had my head full of “spring” and in particular that spring some 50 years ago in 1968 when students around the world became very “educated” and aware and sought to change things for the better.

I didn’t live through that spring and I don’t condone everything that happened then BUT it was something I feel is missing in students/teachers these days — a sense that teaching is not just about the subject but also about LIFE. That teaching should follow the Socratic dictum of helping lead students to be SCEPTICS and who critically challenge the present order — all in the name of the “good”.

This is especially important now given what’s going on politically. Politicians lying, practicing demagoguery, pitting one against the other. Policies that are about controlling populations, not liberating them. The planet going to hell, melting, forests being mowed down. You get the picture.

Students nowadays are more concerned than ever with “business”. Not just the subject of business and getting a better job but also qualifications, diplomas, certificates, marks, status. This culture is very conservative and doesn’t seek to challenge the authorities or question the very fundamentals of our society (because that would endanger their “position” and future). It is as if students these days, especially in university, feel that they have to keep quiet, feel they should just party and get good marks because “protest” and student movements would threaten their future possibility within society. This I believe profoundly effects our world.

We need students who question and challenge. Without these “soil turners”, the world just keeps spinning in violence, keeps along the same “moral/immoral” path and there is in a way, so much less salvation, less “spirit” in this world. My own hope is/was that the internet might be a way to fan the flames of youthful inquiry, protest against injustice. I”m not so sure……..

I remain convinced, we missed the boat so long ago in ’68. Yes, the cries and demands at that time have changed things in some ways — race, women, liberality, a peppering of more freedom. Still, the flower never bloomed on the stem. So many great critical theorists in education tried and offered solutions to the educational malaise in 1968 and thereabouts — I think of Illych’s incredible pamphlet, “Deschooling” or Postman’s “Teaching as a Subversive Activity” — both babies of that time’s bathwater. Yet their ideas and vision is left unfulfilled (though still as valid today as ever). The question is “why”?

The recent French movie, Cannes Palme D’Or winner, “Entre les Murs” – “Between the walls”, about a French teacher who challenges authority and his students really showcases what hasn’t happened in teaching worldwide. So few educators like this or like Sidney Portier in “To Sir with Love”, so few teachers who teach the other side — not the subject but “consciousness” and making students aware of the conditions in which they live. Today, so few teachers “risk” and take their students into that place where they truly become aware and in control of their own reality. So few teachers ever ask their students to “fight the power” and try for Socrates notion of “the good”.

Teaching, especially teaching EFL, is not just about the “subject”. It is about human relationships and engagement. It is about trying to affect eternity and in my estimation, the greatest thing a teacher can do is to “lead”. This is teaching at its best. Lead. Lead your students to think outside the box and always be full of spring…..

Here are a couple of videos which challenge the present status quo, especially the war in Iraq. We need more teachers to ask of their students — “why is the world full of violence?”, our future demands it……… I reject our present climate of teaching — the very apolitical sense and fear which pervades teaching. It is truly sad. The teacher’s role is not just the subject but THE subject — the good……

I’m reminded of my own reading of de Tocqueville and his prescient view of “democratic despotism” and the teacher’s job being to awaken others out of this ever-present threat. He writes…

“For their happiness such a government willingly labors, but it chooses to be the sole agent and the only arbiter of that happiness; it provides for their security, foresees and supplies their necessities, facilitates their pleasures, manages their principal concerns, directs their industry, regulates the descent of property, and subdivides their inheritances: what remains, but to spare them all the care of thinking and all the trouble of living? ….After having thus successively taken each member of the community in its powerful grasp and fashioned him at will, the supreme power then extends its arm over the whole community. It covers the surface of society with a network of small complicated rules, minute and uniform, through which the most original minds and the most energetic characters cannot penetrate, to rise above the crowd. The will of man is not shattered, but softened, bent, and guided; men are seldom forced by it to act, but they are constantly restrained from acting. Such a power does not destroy, but it prevents existence; it does not tyrannize, but it compresses, enervates, extinguishes, and stupefies a people, till each nation is reduced to nothing better than a flock of timid and industrious animals, of which the government is the shepherd.I have always thought that servitude of the regular, quiet, and gentle kind which I have just described might be combined more easily than is commonly believed with some of the outward forms of freedom, and that it might even establish itself under the wing of the sovereignty of the people.”

He called for a “vigilant” population — informed through education. I call on all teachers to rise to that challenge and standard. And maybe question, with passion like Pink and fight those that foster hate and aren’t steering mother ship Earth into a better future (that’s you Trump). 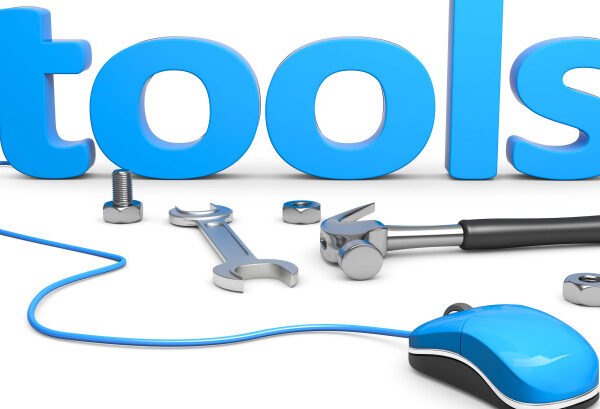 Why We So Often Fail

It’s the end of year time for many students and teachers. Time to sum things up. Time to set some goals, reflect,…