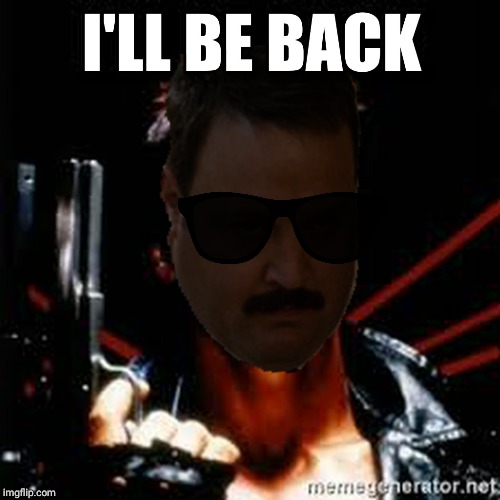 I was just watching a video series by a Nigerian gentleman with so many comments about how he had a perfect “native” accent. He did have a great accent. He has probably been studying English all his life. He may well be a native speaker, and he is certainly a fluent and proficient speaker. But if a gentleman in Nigeria has a desirable native accent, but a Scot or Australian or American does not, then it’s hard to take the term “native speaker” seriously.

Let’s face it. Many people all over the world learn English from birth and thus are native speakers. That may include people born in India, Pakistan, Hong Kong, Singapore, Nigeria, Ghana, Sierra Leone, Liberia, and so on. Yet somehow, native speaker accent doesn’t include Mumbai! If we’re honest, it rarely means Canada or huge swaths of the United States. It doesn’t mean West Country England, Scotland, or Ireland. Nor Australia. Even though people in all those places are native speakers of English. In fact, what people usually mean is RP, which is to some extent an artificial accent. It may have some basis in reality, but it is taught in schools rather than being a natural accent that people just have from birth.

And if so many accents are so terrible, unintelligible, ugly, non-traditional, or what-have-you, then how are all the hundreds of millions of people that have these accents communicating with each other? Why aren’t they eliminating their accents? I mean, yes, we all code switch in formal or official settings to some extent, but we still have a huge problem for the “native speaker” industry if they are teaching something that not even native speakers seem to want or need!

You Tell Ahhnold You Can’t Understand His Accent

Consider that there are actors and comedians with thick (often stereotypical ethnic accents), who are extremely popular. How can they get jobs speaking publicly if they aren’t able to be understood? Arnold Schwarzenegger actually has to play up his Austrian accent among fans. His accent is not only comprehensible, it’s beloved. It wasn’t very long ago that so-called Borscht Belt comedians, Jewish-Americans would play up their accents and stereotypes of Jews for big laughs. Jackie Mason is probably the most famous example, but many American kings of comedy could put on a thick Jewish accent for a bit. Quite recently we had a President with an extremely thick accent, one whose rhetorical style was (rightly or wrongly) analyzed to death, and accent almost never came up!

And yet, you will say, sometimes speakers of English don’t understand each other. There are indeed some accents that are “harder” than others. But I suspect there’s a deep secret here. It’s not the accent itself that’s the problem-or at least the whole problem. It’s the regional vocabulary, the fixed expressions, and the ways conversations play out. In short, it’s pragmatics and prosody, not accent!

What About the Hard Accents?

Listen to this gentleman from the Deep South of the United States. His accent, in the purest sense of how he pronounces his words, is pretty noticeable! And yet it’s easy to understand him because he’s speaking slowly, with a regular cadence.

I’ve been told a Glaswegian accent can be hard to understand, but the first part of this recording, where a young man is reading a story is quite comprehensible: An 18-year old from near Glasgow on the IDEA project website: https://www.dialectsarchive.com/scotland-18. There’s a part around 4:40 where he is hard to understand. Even the transcriber couldn’t understand him. But the reason for that is that he’s talking really really quickly-which is a prosody issue.

Another reason we sometimes think accents are a problem is that different regions of the English-speaking world have their own terms, words, colloquialisms, and slang. Hogmany is one; that’s the Scottish New Year celebration that the gentleman in the recording above mentioned. If you were in Scotland and some one said, “Happy Hogmany!” you’d be forgiven for not understanding them. The Scottish are well-known for inserting Scots into their English, and the Irish slip Irish Gaelic in. Here’s a great video of a gentleman speaking Irish English. Note that he’s easy to understand because he’s speaking fairly slowly and using clear prosody! It’s really only the colloquialisms that could cause confusion.

Even the very way of expressing yourself can be more confusing than accent, and it’s easy to put it down to accent. Some New Englanders will give directions in a very meandering way. They don’t simply say, “Turn left at Oak Street.” They’ll say, “Now, when you come to Oak Street, you’ll see a gas station. Now that gas station used to be a coffee shop, but before that it was a beautiful house, the Nelson home. You know, the Nelsons were one of the oldest families to settle here, and even after they tore the house down, they left the cornerstone. So when you see that cornerstone, you’ll know to turn left. And this explanation would be punctuated with “Uh”s and “Ah”s and “Yeah”s. It can be hard to follow, but it’s not the accent that’s creating the problem.

The upshot is that learning a “native accent” is not helpful, if you are thinking about accent as the pronunciation of individual syllables or words! It’s all about prosody over accent. Think more about pronunciation in terms of chunks, sentences, even whole paragraphs. Practice intonation, rhythm, and volume. If you want to use native, or I’d prefer to say fluent or frequent, speakers, listen less for accent and more for things like:

Things like that will get you a lot farther than accent! if you’re looking for some activities, check out some of our blog posts about drama in language teaching.

The Fear Of The Authentic

Slowly through my own growth as a teacher, I've become enamored and enchanted by the use of authentic materials in the…

This morning, sat down and had some “my time”.  I went through a number of my hundreds of notebooks full of…

Recently, I’ve chanced upon a number of articles and blog posts championing the seemingly well established idea that…